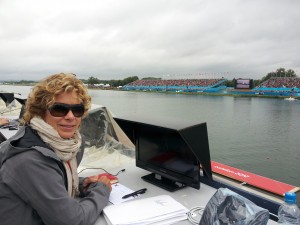 The regatta was amazing and my role was incredible. END_OF_DOCUMENT_TOKEN_TO_BE_REPLACED 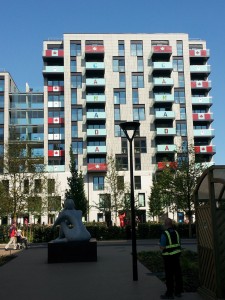 When I first arrived here on Friday night, I thought just being in London and traveling around the city and seeing all the Olympic Venue signage and advertising made the Olympics seem so real. It kinda did – but after today – it’s even more real.  END_OF_DOCUMENT_TOKEN_TO_BE_REPLACED

There isn’t much more that I’d like to say to you before the London 2012 Olympics except that you are ready.  For over a year I’ve been sending notes out with the intention of helping you to collect new ‘tools’ or to sharpen the ones that you already possess. These tools will take you into your Olympic experience with all the confidence and swagger that you have trained so hard for. Trust in all the work that you have done- you are ready.When you arrive in London you will see people who you consider heroes of sport, whether they are from your sport or others, and they will be in peak condition. The stage that you are about to enter is huge, everyone will be in new uniforms surrounded by professional support staff helping them to gain every advantage. Do not think for one second that you don’t belong.
For countless years you’ve likely been watching video of your performances with a very critical eye- looking to find even the tiniest flaws so that you can improve. Do not fall prey to the trap of going to the Games seeing yourself only critically and putting those around you on a pedestal. You are as ready as everyone you see.  END_OF_DOCUMENT_TOKEN_TO_BE_REPLACED

Soon you will go to London for YOUR Olympics. They will be different than anything you’ve ever done including World Championships, World Cups and other Olympic Games. How they effect – and affect you – is up to you. Everyone is different and being different is just fine. Today I’d like to share with you some advice from the experiences of two incredible competitors, Christine Nesbitt and Clara Hughes.

A year ago, I asked World and Olympic Champion Christine Nesbitt to recount what it was like going to the Vancouver Olympics for her speed skating competitions. I had heard that the atmosphere and noise in the London Velodrome would be similar to that of the speedskating oval in Richmond and I wanted to pass on any tips to Tara Whitten, Zack Bell and our other track cyclists. Her message got back to me a bit late for their test event – but I believe the experience she recounted can surely resonate with you all.

What stuck me in her message was how the energy from the Games – the competition, crowds and the media – resonated with her differently than her teammate, Clara Hughes. Even though both women would win medals at those Games, Christine realized that the way she needed to handle the Olympic energy had to be HER way – not Clara’s or anyone else’s. Some are inspired by the Olympic energy and ride it like a wave – some people need to separate it out and stay focused on their own very specific (and very well trained!) task at hand. END_OF_DOCUMENT_TOKEN_TO_BE_REPLACED