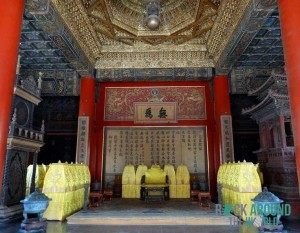 As an Olympic Champion who’s been to 9 Olympic Games in various roles, I’ve been physically exhausted, emotionally exhausted and mentally exhausted. Until I became a parent – I’d never been all three at the same time.

For the first 5 months of our daughter Isabel’s life, other than parenting, I felt that I was getting nothing done. It wasn’t that I didn’t want to do (or to create) something more… it’s that I wasn’t physically, emotionally or mentally capable of doing much of anything. My brain’s logical and creative side shut down, giving way – I assume – to let myself develop some survival techniques – aka-parenting skills. I’ve loved it, but at the same time it has been frustrating to feel so…limited. This wasn’t what I’d hoped for.

While I was pregnant I thought I’d have lots of time to write and read during my maternity leave. I was looking forward to the time that I would have to think stuff through – I get a lot done when I’m at peace and doing nothing. I was going to branch out and put all of my creative thoughts to page. After all – there would be huge chunks of time when I’d be doing nothing but watching a baby. (A naïve mistake I realize but this is what I thought.) Ha! While I did have time, small, randomly spaced blocks of time, I had no idea that I would have no thoughts! (None that I could remember 5 minutes later anyways!) Exhaustion has a way of throwing your mind into utter chaos.

I always find my most, creative thoughts in the steady beat of repetition; this is my idea of peace. Long steady-state rows, runs, bike rides and even walks provide my brain with the white noise that it needs to clear through the chaos of everything and find inspiration. In 2007 in Beijing, I learned the wisdom that accompanies making time for doing nothing. That year I went to China 5 times helping Canadian athletes and teams familiarize themselves with Beijing and the sports venues that would host the 2008 Olympic Games. I became quite the tour guide of the Great Wall, the Silk Market and the Forbidden City. The later, the Chinese imperial palace, was where the Emperor (and Empress) lived and presided over court. It is also where first became aware of the Confucius phrase Doing Nothing. END_OF_DOCUMENT_TOKEN_TO_BE_REPLACED