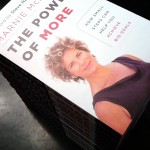 Okay.. So this is kind of a dream! I have to admit – every time I go into Chapters/Indigo I look at the “Heather’s Picks” and dream… wouldn’t it be awesome to see The Power of More there. Every time I walk through the airport I look at the books that are on sale and wonder, ‘How do I get there?’

So recently – after returning from a vacation – and going through the pile of emails that collected while away – I’m left wondering – Is this one a joke?! For sure I always hoped that one of these emails that I receive from Indigo would one day mention The Power of More … on-line only – but it finally happened! 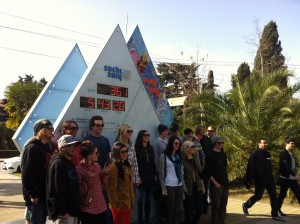 A few years ago, Dr. Robert Thirsk, a Canadian astronaut, spoke at an Olympic Excellence Series meeting. He told us that before he went up on the Space Shuttle Columbia he needed to master over 20 simulators that represented bits and pieces of a single task that he had to perform in space. None of them, he said, could simulate totally what it would be like to perform his task in the weightless environment of space. When the time came, it was his ability to combine the variety of his experiences and training that made him effective in space. I was struck by how similar his experience is to an athlete’s preparation for an Olympics. There is no one thing that you can do to prepare for competition inside the Olympic bubble but you still need to be familiar with and master as many bits and pieces that you can.

I have written and erased this message many times … it wasn’t working and I couldn’t figure out why. I wanted to write about my recent familiarization trip to Sochi/Adler/Rosa Khutor and the bits and pieces that I observed while there. I was having a lot of fun thinking about the chaos of the construction and traffic that I saw. Nothing says ‘ready for the world’ like gaping manholes with no covers, knee-deep mud surrounding omnipresent construction, grocery shelves stocked with meat-in-a-can, and summer Olympic temperatures in a winter Olympic city.

But the reason I kept hitting delete on my draft message is that I try to make these messages pertinent to your Olympic preparation. END_OF_DOCUMENT_TOKEN_TO_BE_REPLACED