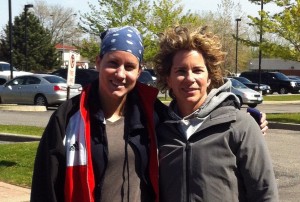 “The elevator happened to stop on the men’s hockey floor. And suddenly, there’s Sidney Crosby and a few of his teammates standing in front of us,” McBean said. “The elevator was pretty full and they weren’t going to get in. I was like, ‘Get in.’ And they’re looking at me. And I’m like, ‘No, just get in.’ END_OF_DOCUMENT_TOKEN_TO_BE_REPLACED