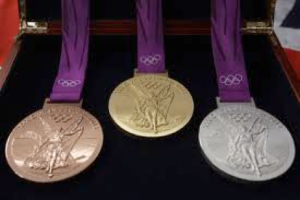 This month, my theme is about letting yourself expect big things. Selection, qualification and just the pure volume of training that you are going through can be simultaneously terrifying and thrilling. Be smart, push yourself, and prepare yourself more than you ever have before. Put yourself into a position where you have earned enough confidence so that you can expect to win.

When people find out that someone has been to the Olympics, right after their very wide-eyed and respectful “Really? Cool!!” they get asked, “How did you do?” I find that people may be bold or shy, but they are always curious and they almost always ask.

A few years ago, I was on vacation in Brazil, kayaking with a group, most of whom I didn’t know. They didn’t know about my sport background, and I wasn’t really giving them any more info on me than was required. After a few days, the group had learned that my sport of choice was rowing and that I had rowed for my university and even for my National team.

Having discovered that I had rowed for Canada one guy asked if I’d ever gone to the Olympics. I think he was asking it as a follow-up question, maybe even a joke. I don’t think he expected me to say yes- after all – who knows people who get to go to the Olympics! He was surprised and impressed when I said yes, and I could see that it was there – the follow up question. I could also see that he was struggling with how to politely ask. He started with, “What place did…” but then re-phrased his question to, “How did you do?”

Sticking with my plan to answer questions honestly but give no more info than required I replied, “I did as well as I could have expected, thank you.” The guy congratulated me but I could tell that he thought I’d done poorly. He moved on to talk to some other people.

Shortly he returned, “You lied to me!” I didn’t understand what he meant. He told me that he had just been speaking with another Canadian in the group and when he had asked her if she knew that I’d been to the Olympics, she had said. “Sure. She was in all the news when she won.” He thought I had lied about my Olympic results.

I told him that I didn’t lie; it was his fault if he expected a mediocre result. I said I had done as well as I could have expected and; Kathleen Heddle (my rowing partner) and I had expected to win. Just because he couldn’t imagine being able to win at the Olympics didn’t mean I couldn’t!

Not every medallist at the Olympics expects to win, and those unexpected medals are every bit as valuable as the expected ones. While AUS short track speedskater, Steven Bradbury’s story might be the best surprise win story, here is a post race interview from another Australian medalist. This interview makes me laugh every time I see it. (Big shout out to Priscilla Lopes-Shliep who won the bronze in this race.)

Between now and the 2012 Olympic Games I will be sending out a monthly email. Think of it as a talking point; you may agree with me, maybe disagree… It may serve as a heads up or reminder to some ups and downs that are a natural point of believing that you can more than just go, more than just compete, but compete at your very BEST at the Olympics. My goal will never be to add to your stress, but to help you wear it well.