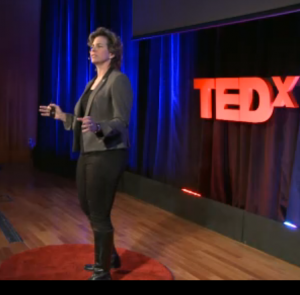 Believing that we can achieve success and big, seemingly infinite, goals can seem impossible for us “normal*” people. For the likes of Super Hero Buzz Lightyear, who will readily leap “To INFINITY and Beyond!!!” it’s a breeze. How do they do that?!

This weekend I spoke at a TedX event at the University of Toronto’s Scarborough campus. I titled my presentation “What Super Heroes Don’t Tell You” and had a lot of fun delivering my message.

I used a few big-event examples from my rowing career that tended to push my ego to believing that I was special. It’s easy to think that crossing an Olympic finish line in 1st place can make a person believe in their own Super Hero status! But almost invariably for me, something happened immediately after each of my big achievements that served to remind me to put my feet back on the ground. I was just a normal person who was doing some pretty special things; not a special person, and certainly not a super hero.

Eventually I figured it out. The secret that Super Heroes aren’t so quick to share with us normal people is that they are normal people too; there are no Super Heroes. Infinity, by definition, is the largest number possible – but also it is the collection of all real numbers. To say it a little differently – you can never say “infinite +1” because it already includes all the possible “+1”s. So… I believe the way to reach “infinity and beyond” isn’t about leaping to infinity in a single enormous bound, rather it’s done by advancing one very normal, very doable, “+1” at a time.

This is how the Philosophy of More works. We can all – be, or learn, or do, or try – a little bit more. Focus on the little steps and the big steps/goals/successes will take care of themselves.

That’s how normal people like us (you and me) get big super hero-like stuff done and attain those big, and seemingly infinite goals.

*Normal – I recognize that referring to anything as “normal” is almost always inaccurate. We now believe in such a broad range of diverse cultures and behaviours that to define anything as normal would be next to impossible to capture. I’ll start with there is no abnormal – and to your own self be true – for the purposes of this comparison to super heroes – that’s “normal” enough!