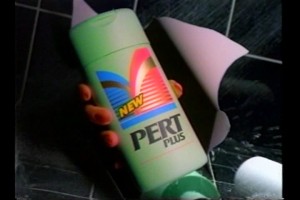 In 1992, I came home from Barcelona with two Olympic Gold medals. I was 24, a world and olympic champion and when I went back to university – even with all that success – it seemed that no one knew (or cared?) what I’d achieved. I remember walking around the Western campus realizing that no one cared about the Olympics or had any idea of what an awesome summer I’d just had. I was disappointed… But not totally surprised, after all – I was just a canadian rower.

On my first Thursday night at the Ceeps that changed a little bit. The Ceeps is an off-campus bar (I actually worked there, bussing tables when I could work it in with my training schedule) – and it seemed that after a few pints of beer canadians had a much better memory! I was shown that they were passionate about the Games and Canada’s success. Maybe it was just liquid courage to share, but suddenly I heard about all the time they had spent jumping up and down on their couches – screaming “GO CANADA!!! ” and singing with/at their TVs. It was awesome! I was so proud of what we’d done and it was so great to hear how Canadians were too. That said, the wee bit of fame didn’t last long. Pretty soon, everyone – including myself – got back to our normal lives and the summer Games seemed far away. The Olympics and the mistaken idea that I’d be ‘famous’ for winning at the Olympics…faded.

Until my Pert Plus commercial.

Curt Harnett, the multi-medalled sprint cyclist, had done a Pert Plus commercial that ran during the Olympics. Proctor and Gamble must have liked how it went because I got hired to do a post-Games follow up. It was going to be tough to follow up Curt’s gorgeous blond locks… but I was game! Being behind the scenes was an eye-opening experience. Making the 30 second spot  took over 4 days of my time and I’m sure exponentially more of the editor’s & director’s time to create. The way they filmed me so it would look like I was actually rowing was so creative and the attention they paid to the “glamour shots” was incredible.

When the commercial started to run I was super proud. “Marnie McBean; Olympic Gold Medal rower…” the deep voice began…. Suddenly almost a year after the Olympics, when I walked down the street people would wave at me, or even stop me;  “Hey!! Are you Marnie McBean? I saw you on TV!” they’d say. I thought it was awesome. Had I become a recognizable athlete? I’m not going to lie…my ego kind of liked it.

One night, at the Ceeps someone gave me the “Hey! You’re the Pert Girl!” line. I was proud – but also a bit frustrated by the number of times I’d heard that particular shout-out so I responded – “Yes – but I’d prefer for being known for winning two gold medals at the Olympics!”  The guy’s response? – “Cool. You did that too?” honestly??? that’s why they knew me????

Oh boy, some things really do keep your feet on the ground (and thankfully – my ego in check!) I got my head out of the clouds and got back to training.

Recently, I spoke at an event for Proctor and Gamble and they gave me a copy of that commercial from long ago. Thanks again P&G!

For a chuckle – here it is.

Pert Plus commercial – McBean from Marnie McBean on Vimeo.