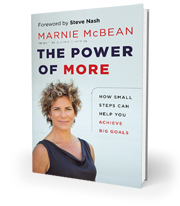 The lifestyle I created as a snowboard instructor made a few other things apparent to me. Not the least was that I wasn’t cut out to be a great snowboarder! I missed rowing— the aesthetics of it, the challenge, and the way it mentally and physically tested me. I still craved taking something that I really “got” and discovering all that was left to learn. I wanted to learn way more about rowing again.

That season, the break I took from rowing, was a gift. It became clear to me that although winning was always a very important part of my goal-setting process, the cup I was really trying to fill was to master rowing. I knew I wasn’t there yet and I was still curious and hungry to know more. Winning was a result—not the goal. More importantly, I was given some further insight into my character: for me, joy and fun had been the original parts of the more that I reach for. I didn’t want to let go of that goal.

I lacked the speed and agility of my snowboarding friends, so even though I was having fun, keeping up with them on fresh-snow days was next to impossible. One day, as we approached a gladed run (a run with trees on it), one of them called back to me with a tip: “Don’t look at the trees.” After a few small collisions with the trees—not only embarrassing but also potentially dangerous—I realized the truth of that tip. When I looked at the trees, I hit the trees. When I looked around the trees, I would make it safely past.

What I learned was this: the spaces are more important than the trees. Actively look for the spaces; don’t get caught looking at the trees, because they are roadblocks and can bring our movement to a halt. Why do we so often get caught just staring at the problems around us when it is in the spaces that we find our solutions? I came to understand that this applies to more than just snowboarding; it applies to everything we do. On a gladed run, a skier or snowboarder should expect trees to be randomly present, just as we should expect challenges to occur randomly in other ventures.

From these snowboarders I took some great tools that I will use for the rest of my life. I would never have expected a group so stereotyped as anti-establishment rather than performance driven to help me in this way. Stepping away from rowing and letting myself learn from people so removed from my norm opened me to all of the different potential resources around me. Learning can come from everywhere; it is in the spaces too.

1 thought on “SEE THE SPACES”